The Vapour Permeability of Optoelectronics, OLEDs and LCD Screens 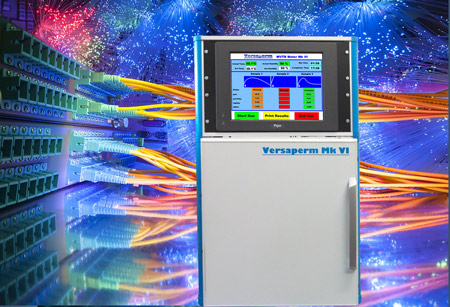 A major hurdle in bringing flexible OLED's to the market has been-the limited lifetime of the devices due primarily to the degradation in the presence of moisture and oxygen. Creating efficient protection against these vapours has become a decisive factor in producing products with an acceptably long working life.  Vapour permeability has been a limiting factor, particularly in the introduction of flexible OLEDs into consumer (and other) products such as mobile phones, tablets etc..

Additionally, together with the recent development of plastic barrier film with very low permeability, interest in the permeability of sealant used for perminent sealing has become-increasingly important.

The long term operation of these sensitive organic OLEDs, LCDs optic fibres and electronics demands protection and encapsulation to prevent damage. In particular, the diffusion of O2 and H2O through an encapsulation barrier generates defects or even failure, and hence there is a tremendous need for effective encapsulation techniques

Because improvements, particularly in PECVD (Plasma Enhanced Chemical Vapour Deposition) technology, are leading to the creation and use of new and improved materials and manufacturing techniques in thin film encapsulation, it has become crucial to characterise the vapour permeability of the layers that make up the encapsulation both individually and as a compound multi-layer structure. This is true during both the product development cycle and for QC for manufacture. 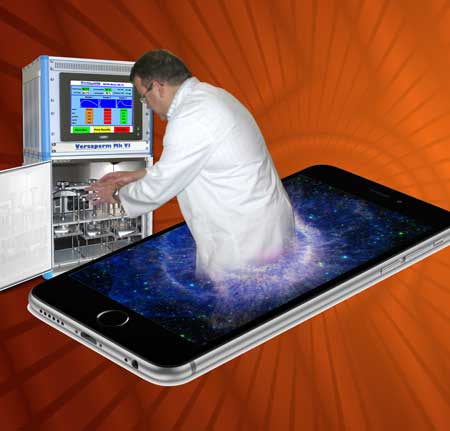 This problem is sometimes resolved by the use of polymeric substrates with multi-layered barrier coatings comprising alternating organic/inorganic layers but it is critical that the vapour permeability of each layer and structure is accurately determined and controlled.

Improvements in PECVD (Plasma Enhanced Chemical Vapour Deposition) technology have produced remarkable quality improvements in thin film encapsulation over recent years. Especially due to the reduced thermal loads from recent plasma sources combined with improved process equipment which has led to breakthroughs in a number of manufacturing applications such as OLEDs.

We have developed techniques and instrumentation that allows developers to measure the vapour permeability of these advanced new coatings both individually and as compound structures.  Independent measurements can easily be produced relating to both water vapour and oxygen permeability. The equipment can also be used for detecting the occurrence of defects such as the pinholes that commonly are produced by current manufacturing techniques.

Our equipment offers an advanced, fast and efficient way to test and measure vapour permeability of alternative plastic barrier films along with the sealants used for permanent closure. The system is simple to use, fast and extremely accurate.

Results are typically accurate in the Parts Per Million (PPM) range - Parts Per Billion (PPB) in some cases and can be produced for several vapour depositions, material samples, screens or enclosures all at the same time.  It can also measure them under a wide range of environmental conditions.

Click here for a press release on LCD screens